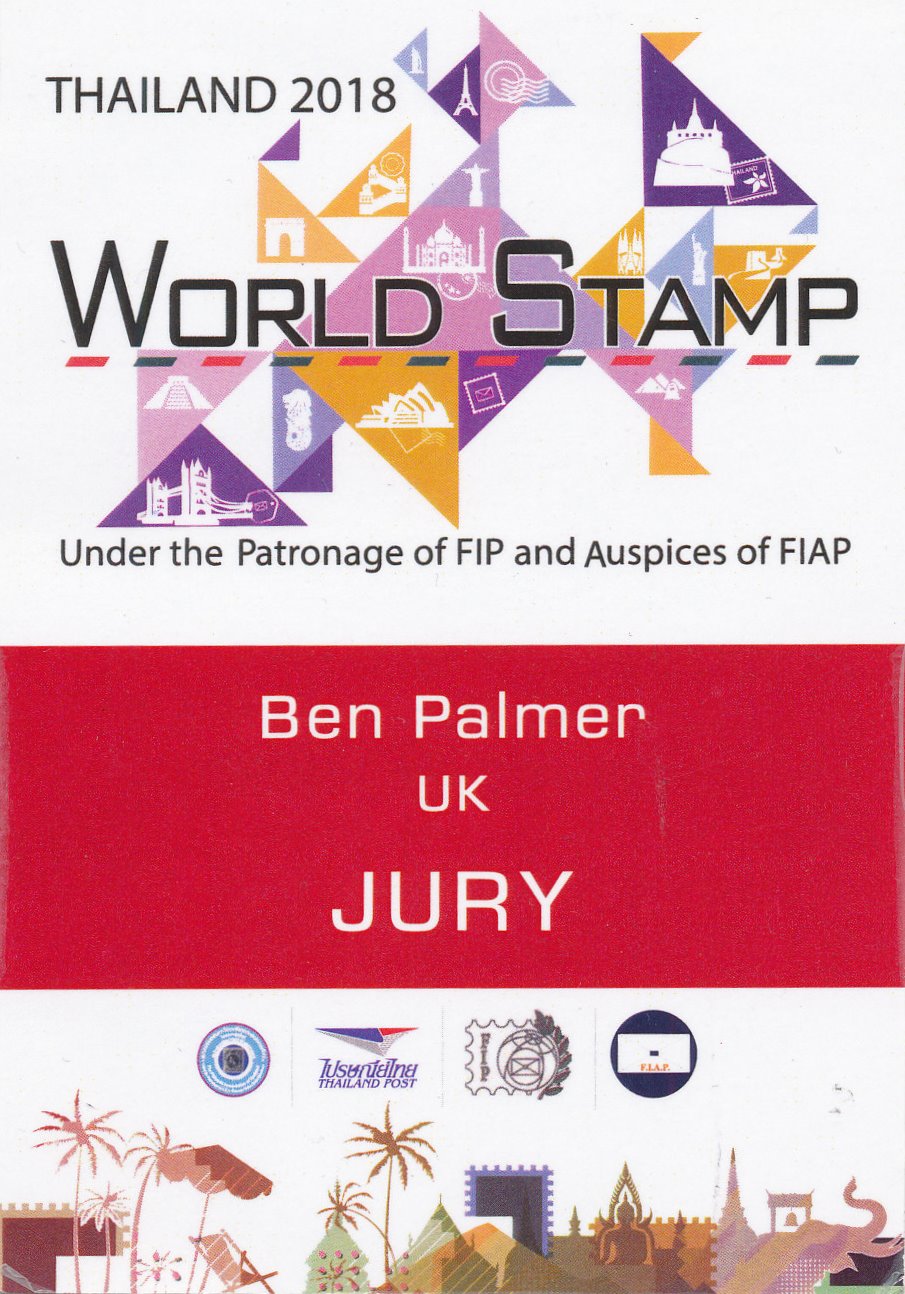 Earlier this year, the Organising Committee of the Bangkok 2018 FIP Exhibition invited Ben Palmer to judge, following recommendation from the Association of British Philatelic Societies (ABPS). As the only judge from Great Britain on the jury, he was in a team that judged European Postal History. Along with two Team Leaders, three judges and another apprentice they viewed exhibits of many subjects: Poland, France, Germany, Great Britain, Estonia, Russia, Hungary, Romania, Switzerland and many others. Jury deliberations and business are conducted in English which made the task considerably easier and Ben was made to feel welcome and fully included. This was a great opportunity to learn how exhibits are assessed, when prizes and felicitations are indicated and how major awards are contested.